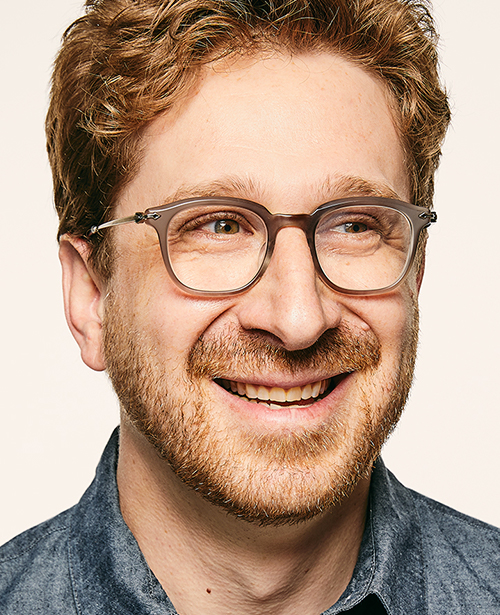 DANIEL GOLDSTEIN won the 2016 Kleban Prize for Most Promising Musical Theater Librettist. He received an inaugural Calderwood Commission from the Huntington Theatre Company, for which he wrote an original musical with Michael Friedman titled Unknown Soldier, which was developed at the Manhattan Theatre Club, O’Neill National Music Theater Conference and The McCarter Theatre and had its World Premiere at The Williamstown Theater Festival in 2015, and had its New York premiere in February 2020 at Playwrights Horizons. An Original Cast Recording will be released by Ghostlight Records later this summer. With Friedman, he is also the author of The Song of Songs, an adaptation of the Sholem Aleichem novella. Goldstein’s plays include Orange Crush, commissioned by Roundabout Theatre Company. dannygoldsteincreative.com 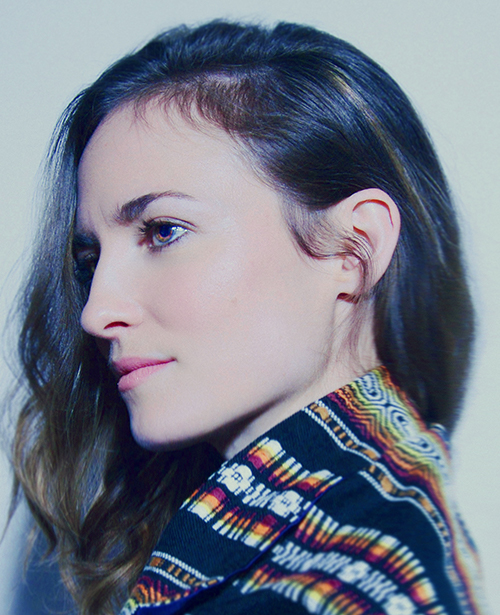 DAWN LANDES is a Nashville based singer-songwriter whose music you might have heard if you watch The Good Wife, House or Gossip Girl. As a musical theater artist, she is the composer and lyricist of ROW, with bookwriter Daniel Goldstein. About Tori Murden-McClure, it’s the true story of the first woman to row solo across the Atlantic Ocean. Originally commissioned by Joe’s Pub, it has been developed at The Public Theater, Goodspeed Opera, the Rhinebeck Writers Retreat, the Kimmel Center for the Performing Arts and Playwrights Horizons. Dawn received a 2019 Lilly Award for her work on the show, bestowed by Williamstown Theater Festival; the  prize included a finishing commission and an additional developmental workshop with Williamstown. After being scheduled for production in Williamstown’s 2020 season which was cancelled due to Covid, ROW was recorded by Audible and will be available this spring.

Along with releasing six albums since 2005 (and an EP inspired by yé-yé, ‘60s French pop music), she’s a frequent collaborator with contemporaries such as Sufjan Stevens, Norah Jones  and composer Nico Muhly. She has appeared with the Boston Pops, the NYC Ballet and on the  TED main stage talking about her musical. You can watch that here. Dawn's LP "Meet Me at the River" (Yep Roc) was recorded with legendary producer Fred Foster (Roy Orbison, Dolly Parton) and features Bobby Bare, Charlie McCoy and other A-list players. You can learn more about Dawn at dawnlandes.com. 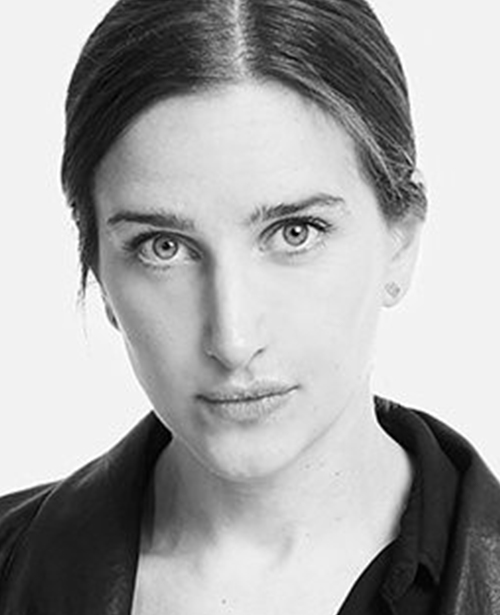 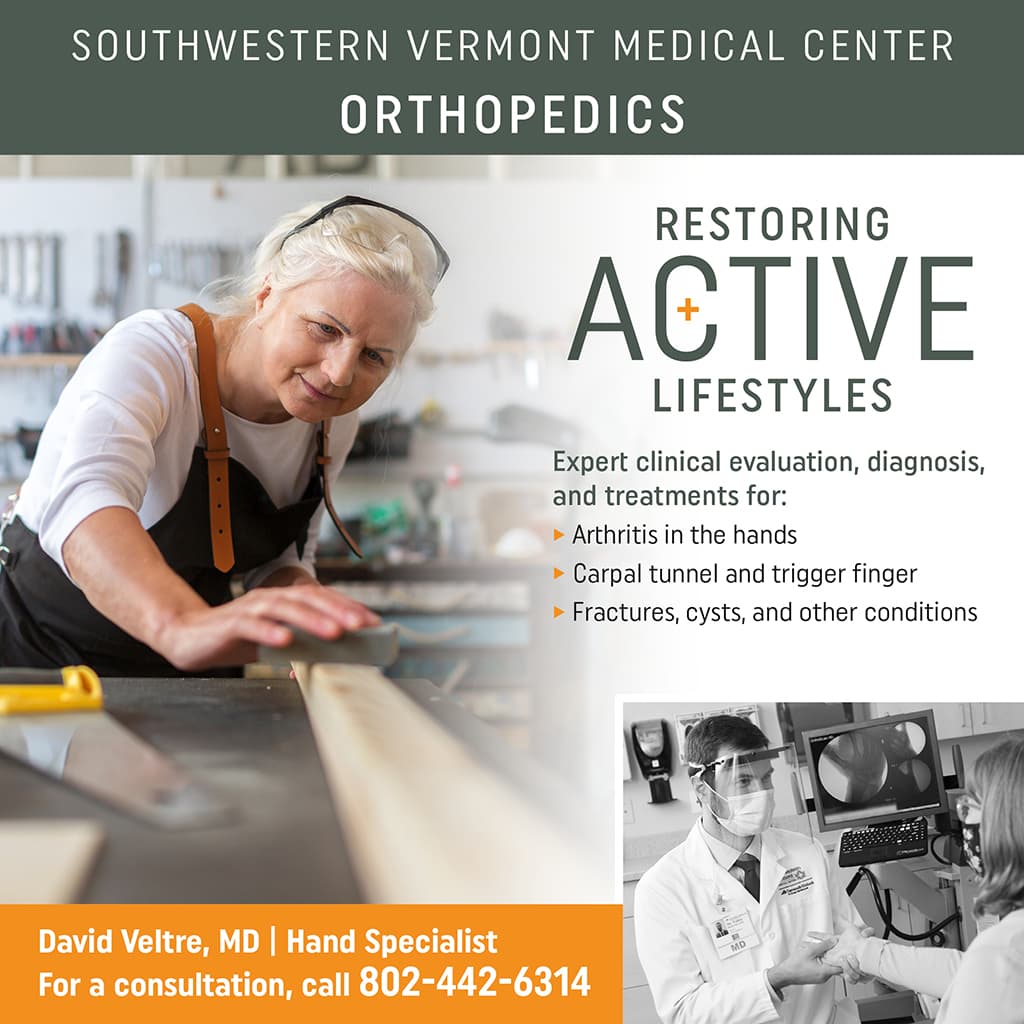 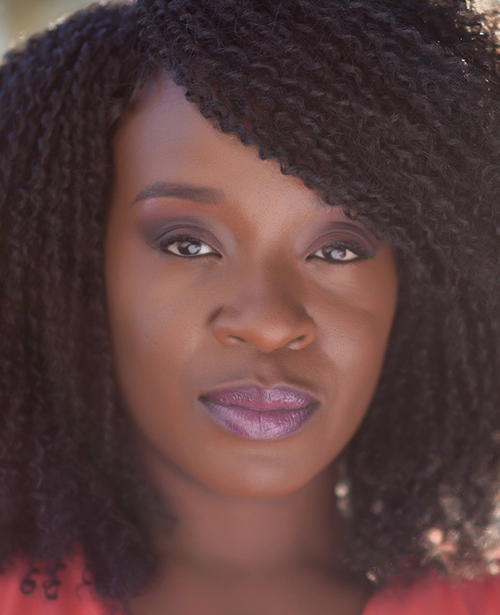 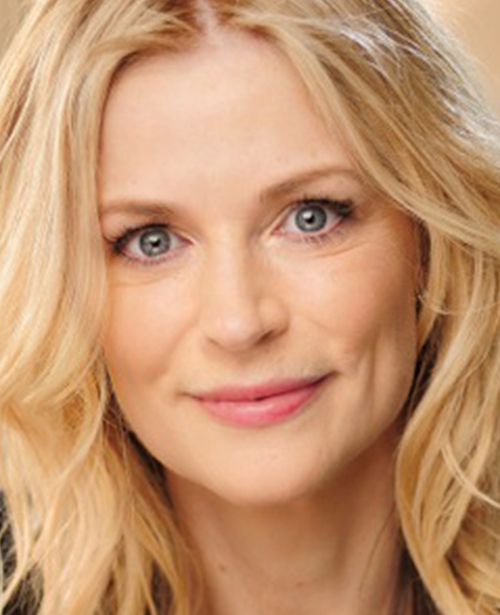 LISA BESCIA has starred on Broadway as Heidi Hansen in Dear Evan Hansen, Donna Sheridan in Mamma Mia!, Elphaba in Wicked, Cleo in Twyla Tharp’s The Times They Are A-Changin’, Amneris in Aida, and Marion Halcolmbe in The Woman in White. Additional New York credits include the role of Helena in All’s Well That Ends Well at the Public Theater’s Shakespeare Lab and Claire in Roundabout’s Ordinary Days. Regional credits include Tatiana Racon in the world premiere of A Comedy of Tenors (McCarter/Cleveland Play House), The Winter’s Tale (Hermione), Hamlet (Gertrude), August: Osage County (Ivy), Sister Play (Anna), Victor Victoria (Victoria), Cabaret (Sally), Kennedy Center’s Broadway: Three Generations – Side Show (Violet), Evita (Eva), The Last 5 Years (Cathy), and A Little Night Music (Petra). Lisa is on the Acting faculty at Missouri State University’s acclaimed Department of Theater and Dance in Springfield, MO, where she lives with her husband, Broadway composer/lyricist, Craig Carnelia. 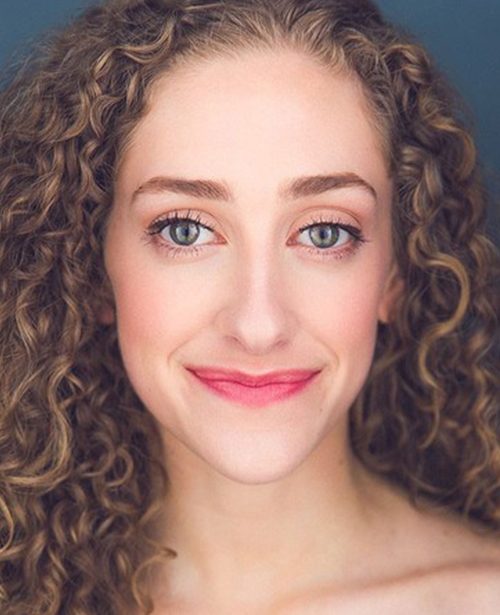 Just after graduating high school, she played “Babe”, the youngest Cher, in The Cher Show on Broadway. She then went on to perform in A Play is a Poem, written by Ethan Coen in LA. TV: “Jesus Christ Superstar Live in Concert” (NBC). Love and profound gratitude to Mama Diamond, The Telsey Office, and her team of bright women at CESD and Viking Ent. @micaela_diamond 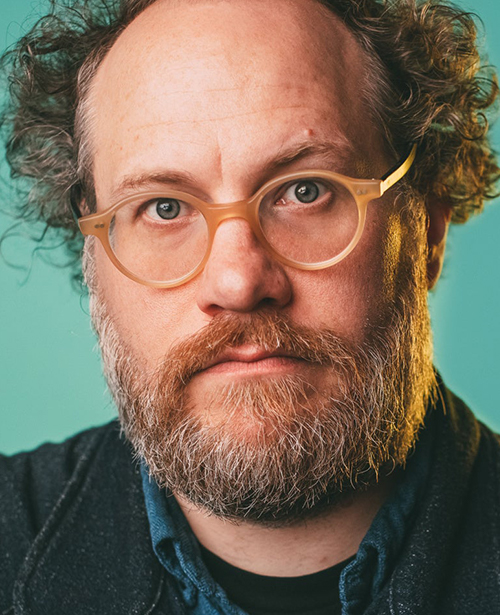 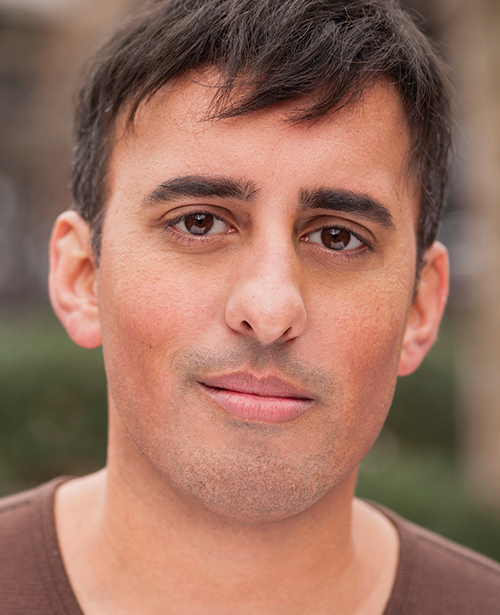 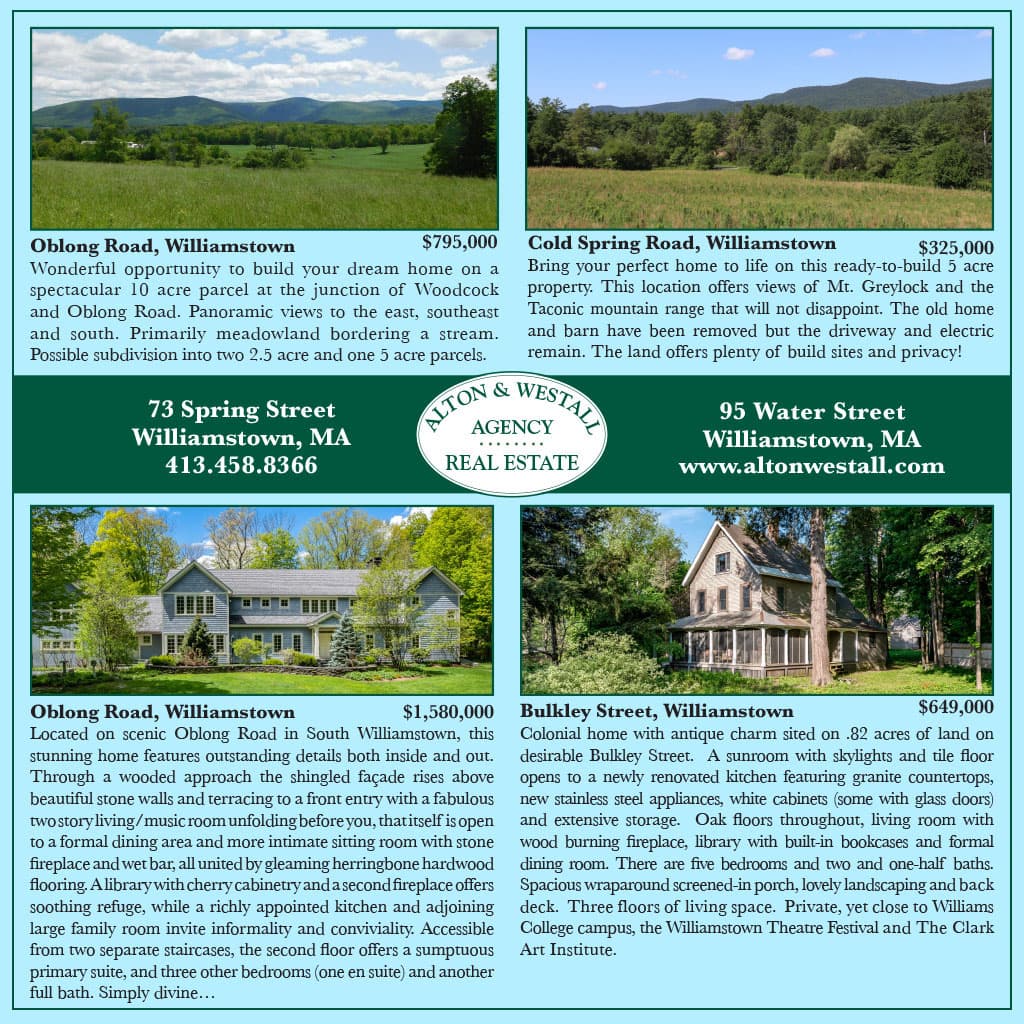 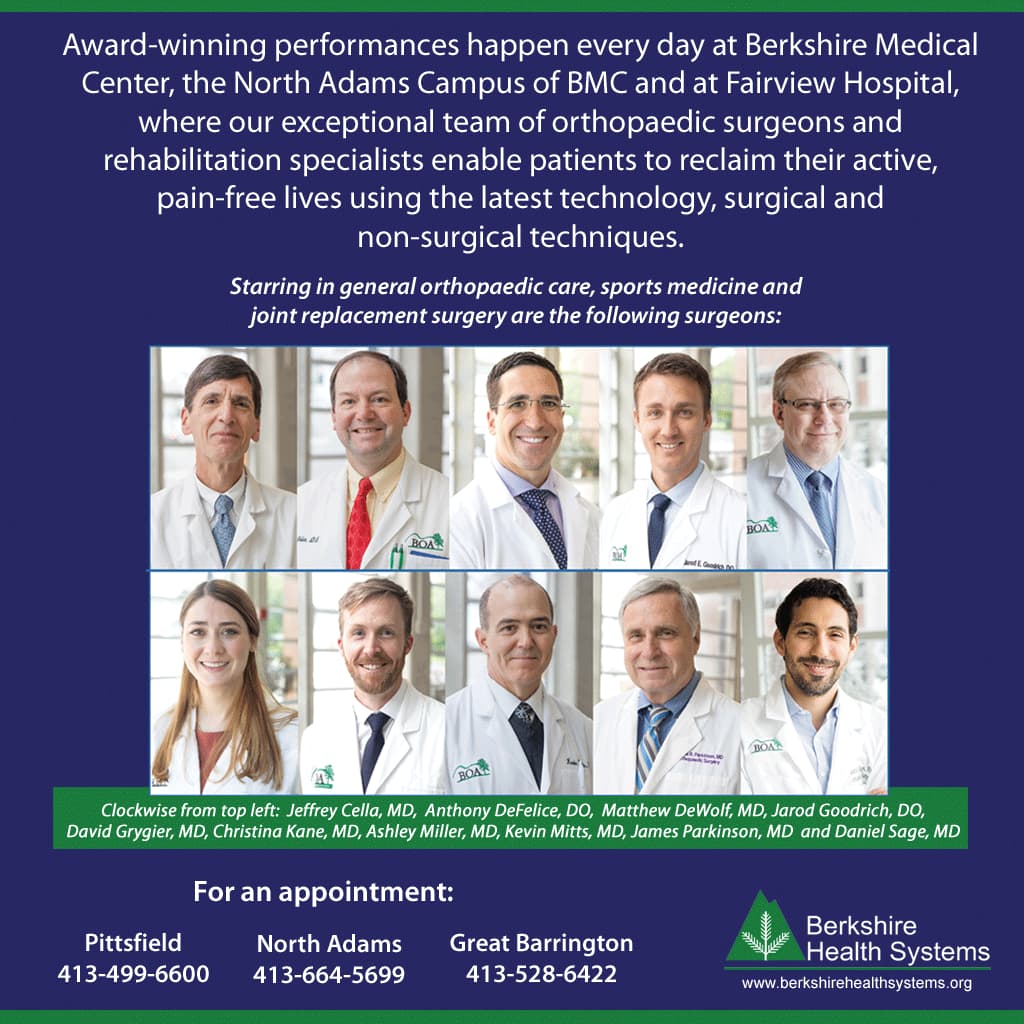 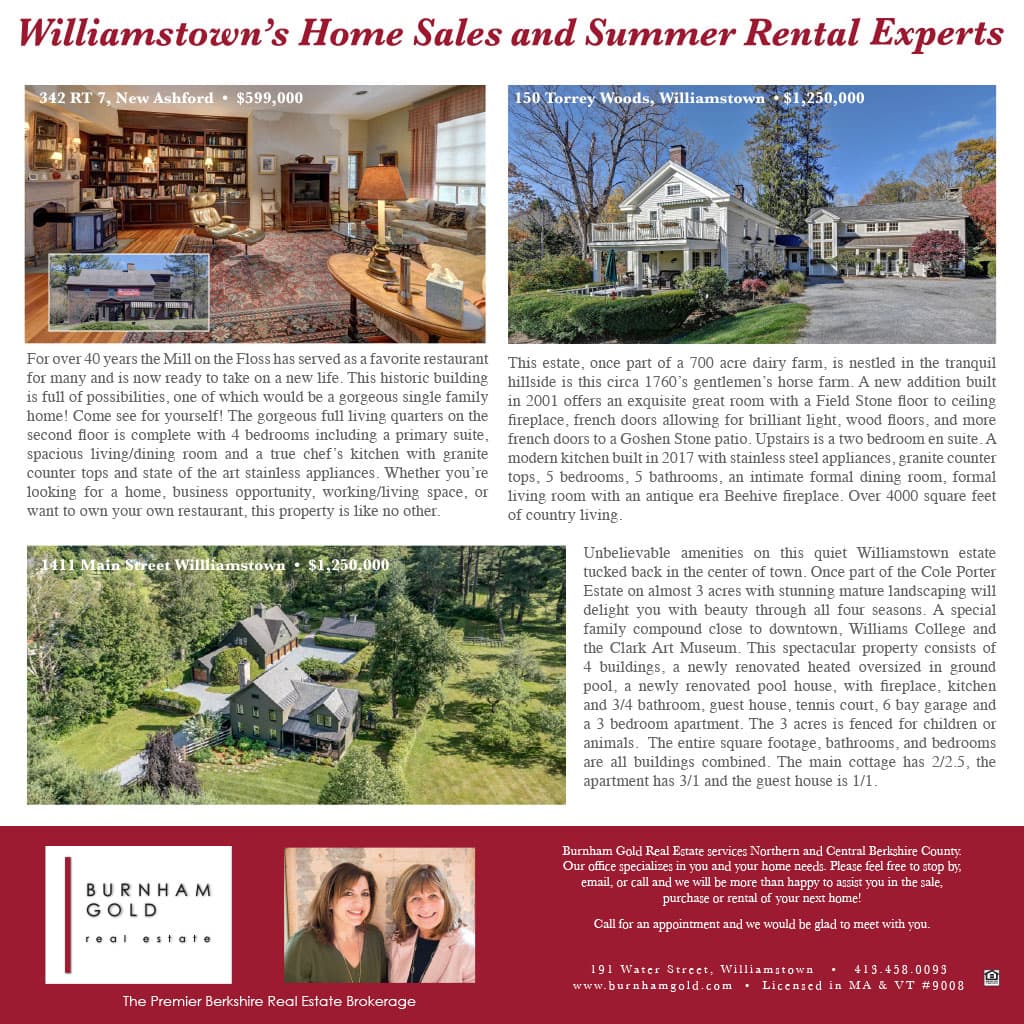 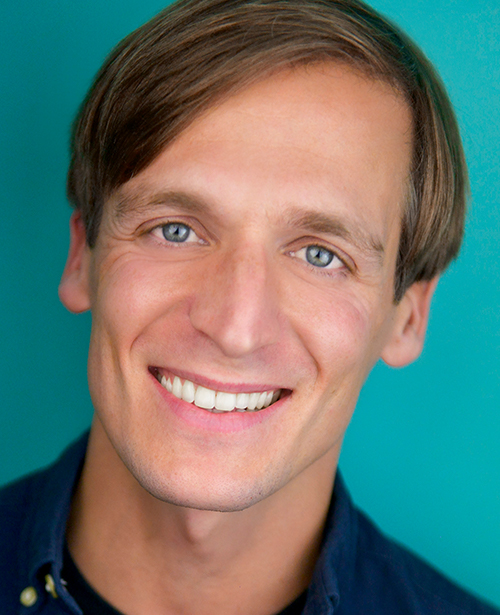 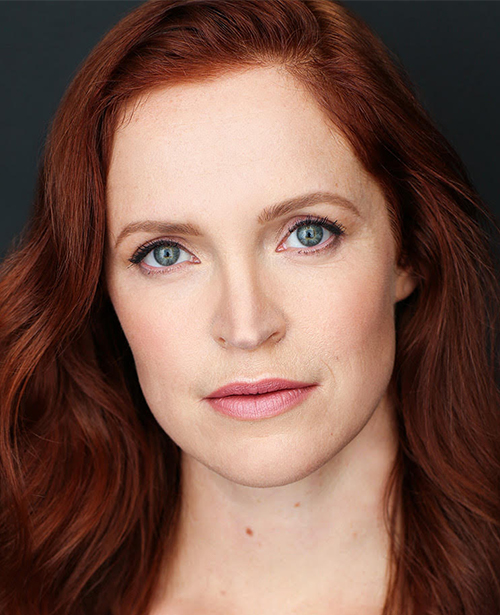 WTF: The Last Goodbye (‘10); Caravan Man, Help Yourself (‘07). Broadway: Natasha, Pierre & the Great Comet of 1812 (also Off-Broadway, ART). Off-Broadway: Cyrano (New Group), In The Green (LCT3), Alice by Heart (MCC), Brooklynite (Vineyard), Bedbugs!!! (Arclight), The World is Round (BAM), Sleep No More (McKittrick), Twelve Ophelias (Woodshed Collective). TV: "The First Lady" (Showtime), "The Other Two" (HBO Max). Her original musical In The Green earned her a Richard Rodgers Award for her writing and a Lortel for her performance. Grace McLean & Them Apples performed in the 2015 and 2016 seasons of Lincoln Center’s American Songbook, and Grace toured Pakistan and Russia as an artistic ambassador with the US State Department. Writer-in-residence at Lincoln Center, one of Broadway Women’s Fund’s Women to Watch (‘21), Civilians R&D Group (‘19-’20), MacDowell Fellow (‘18), Lincoln Center Emerging Artist Award (‘17). EPs "Make Me Breakfast" and "Natural Disaster" available now. gracemclean.com 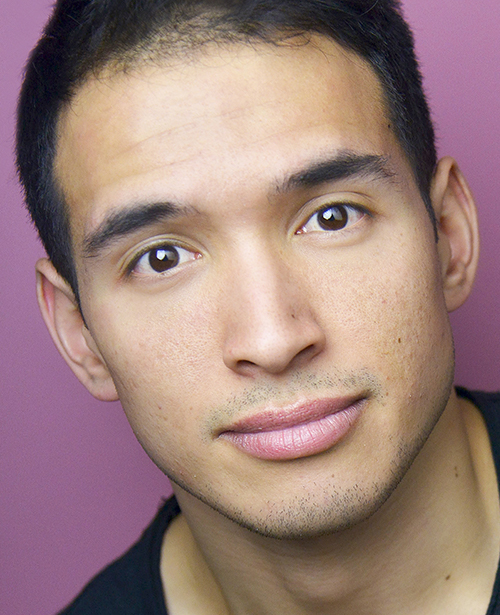 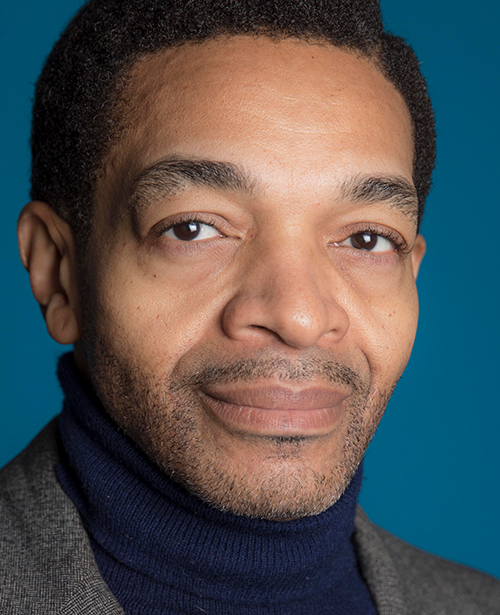 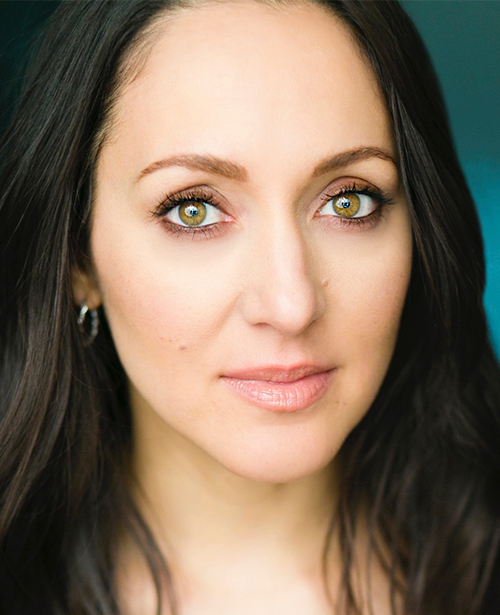 Originally from Albuquerque, New Mexico, Jennifer’s Broadway credits include: West Side Story, Women on the Verge of a Nervous Breakdown, Ghost, Sunday in the Park with George, Spider-Man, On Your Feet, Pretty Woman and The Rose Tattoo. She is also a writer. Her song “Heartbeat” won the Times Square Alliance audience choice award and can be found on all streaming platforms. Follow @hennihennisanchez for performance updates. 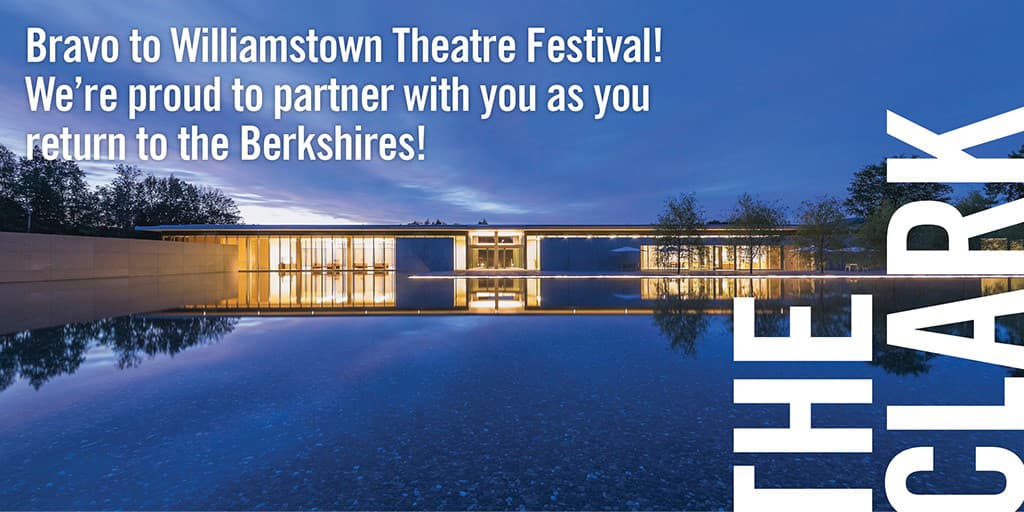 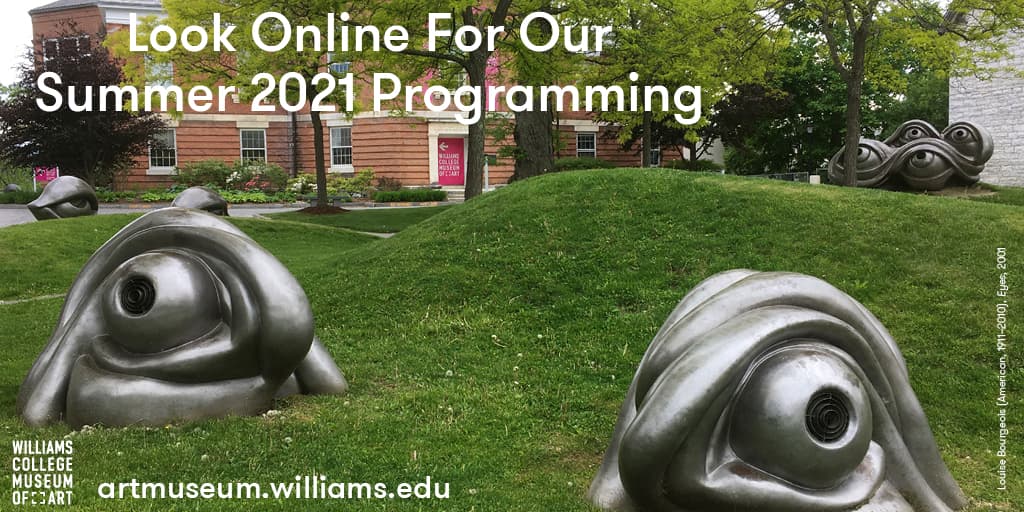 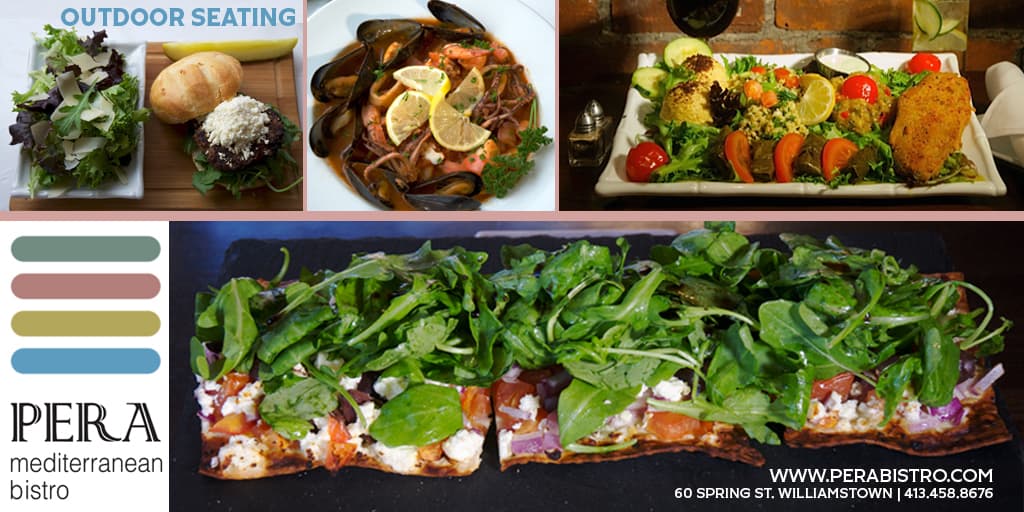 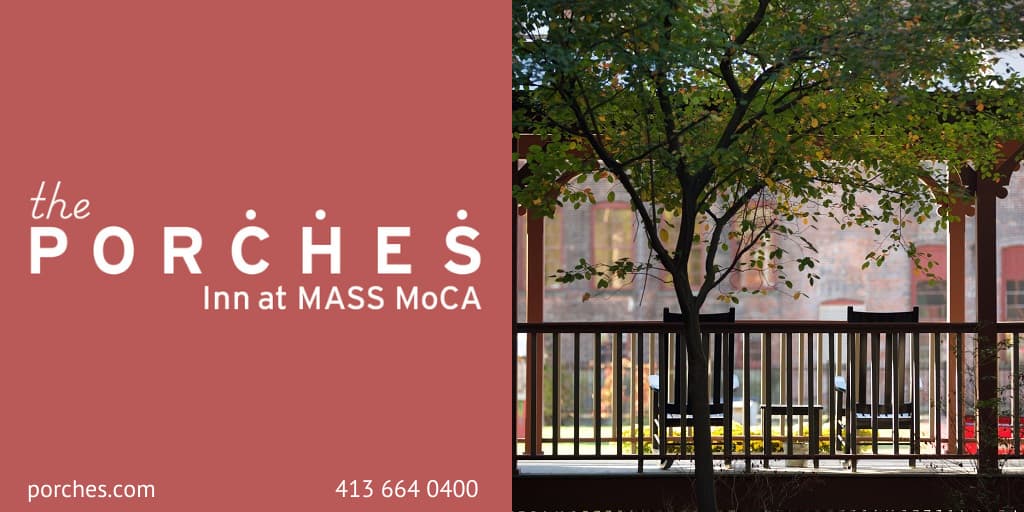 He was born and raised in New York City and is a graduate of Vassar College.

In the before times, recent designs on Broadway included Hillary and Clinton, The Waverly Gallery, The Boys In The Band and A Doll's House Part 2. Leon also designed The Nance, for which he won the Tony Award for Best Sound Design of a Play and Joe Turner’s Come and Gone for which he was nominated for a Tony. Other recent work includes sound design for Dracula/Frankenstein, Cabaret, seven seasons of the Encores: Off Center Summer Series at New York City Center and sound design for virtual reality games and experiences seen at Sundance and Tribeca Film Festivals. Regionally he has worked at theaters such as A.C.T., The Geffen Playhouse, Pasadena Playhouse, The Huntington, Portland Center Stage, Arena Stage, Seattle Rep, La Jolla Playhouse, Old Globe, McCarter and Williamstown Theater Festival. He designed sound for Cirque du Soleil’s Kooza, currently touring the world, and Wintuk, Cirque’s winter holiday show in New York City.

Current projects include work with MSG Ventures to bring immersive interactive experiences to The Sphere, their next-generation performance venue currently under construction in Las Vegas. klaxson.net

Broadway: Oklahoma! (new arrangements & orchestrations), The Sound Inside, Seawall / A Life, the revival of Marvin’s Room, world premiere of Significant Other. Off-Broadway: premieres of I Was Most Alive With You, Animal, The Village Bike, Man From Nebraska, Tribes, and Women or Nothing. Kluger has produced scores for many Off-Broadway theaters including Lincoln Center, Roundabout, The Atlantic, Second Stage, Playwrights Horizons, Vineyard Theater. In 2021 Kluger launched the music label Archie & Fox Records. danielkluger.com

MARIANA RAMIREZ was the percussionist of the First National Broadway Tour of Once on This Island. Mariana has also subbed on Broadway with the show Once on This Island, Head Over Heels and Ain’t Too Proud, The Life and Times of the Temptations. Currently she is one of just two female Mexican drummer/percussionists performing on Broadway. Off-Broadway shows include Merrily We Roll Along and Fiddler on the Roof in Yiddish, among many others.

Mariana is a NYC based freelance percussionist who began her music studies at the National Conservatory of Mexico in Mexico City. She went on to receive her Bachelors of Music in Percussion at Rutgers University. In addition to Broadway, she has performed in Europe, Asia, and Mexico playing with Mexican Traditional Music bands, Symphonic Ensembles, Chamber Orchestras and Pop Bands.

Mariana also founded the Percussion Quartet Excelsis, an all female percussion ensemble, which was praised as “one of the most innovative and exciting percussion ensembles to emerge in the golden age of chamber music that we are presently in” by Jonathan Hass, head of the New York University Percussion Department.

As a symphonic percussionist, Mariana has performed with orchestras in Mexico and the United States, including the National Symphony of Mexico, Orquesta de Minería, Dartmouth Symphony, South Florida Symphony, the first all-Women Orchestra of Mexico, New England Ensemble, among others.

As a chamber percussionist she has collaborated with many ensembles such as, The Pit Stop Players, Orquesta de Camara de Nueva York, and most recently the Orpheus Chamber Orchestra, recording a Concerto for Bandoneon and Violin by JP Jofre.

ANITA SHASTRI is thrilled to be returning to the world of live theatre with ROW. Broadway: Waitress, Beautiful, The Crucible. Off-Broadway: Wolf Play (Soho Rep). Regional favorites: Beauty and the Beast, Les Miserables, West Side Story, Spamalot, Billy Elliot (The Muny), These Paper Bullets, Familiar (Yale Repertory Theatre). MFA: Yale School of Drama. My sincerest thanks to Williamstown and this incredible company of artists for the opportunity to row along on this adventure. And to my team, my teachers, my family, and my friends who’ve become family; thank you for all the support, patience, grace and love you’ve shown me as we navigated what has felt like an insurmountable year. What a blessing it is to feel like we are on the other side of this thing and finally creating again!

With offices in both New York and Los Angeles, The Telsey Office casts for theater, film, television, and commercials. The Telsey Office is dedicated to creating safe, equitable, and anti-racist spaces through collaboration, artistry, heart, accountability, and advocacy.

THE CLARK ART INSTITUTE is proud to be a partner with the Williamstown Theatre Festival in its presentation of ROW!

The Clark is one of a small number of institutions globally that is both an art museum and a center for research, critical discussion, and higher education in the visual arts. The Clark’s 140-acre campus beckons visitors to enjoy the exceptional experience of art in nature. Miles of walking trails through woodlands and meadows provide an opportunity to experience the profound natural beauty of the Berkshires.

Open daily in July and August, and Tuesday through Sunday, from September–June. clarkart.edu

WILLIAMSTOWN THEATRE FESTIVAL is a professional theatre employing members of Actors’ Equity Association, the union of professional Actors and Stage Managers in the United States.

ACTORS’ EQUITY ASSOCIATION (“Equity"), founded in 1913, is the U.S. labor union that represents more than 51,000 professional Actors and Stage Managers. Equity fosters the art of live theatre as an essential component of society and advances the careers of its members by negotiating wages, improving working conditions and providing a wide range of benefits, including health and pension plans. Actors' Equity is a member of the AFL-CIO and is affiliated with FIA, an international organization of performing arts unions. #EquityWorks

Equity is governed by its own members through an elected Council, representing principal actors, chorus actors and stage managers living in three regions: Eastern, Central and Western. Members at large participate in Equity’s governance through a system of regional Boards and Committees. Equity has 28 designated area liaison cities with over 100 members each.

The Director is a member of the STAGE DIRECTORS AND CHOREOGRAPHERS SOCIETY, a national theatrical labor union.

*Appearing through an Agreement between this theatre, Williamstown Theatre Festival, and Actors' Equity Association, the Union of Professional Actors and Stage Managers in the United States. 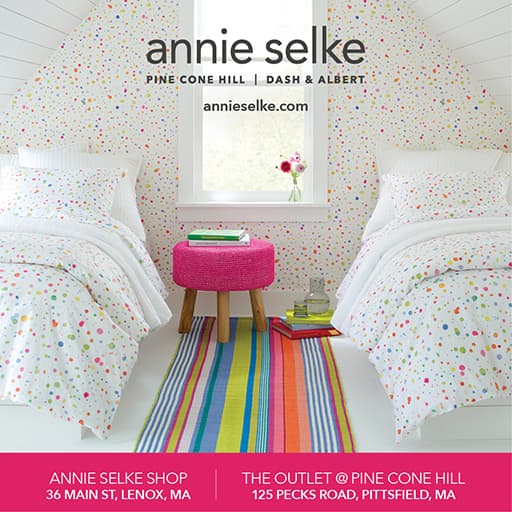 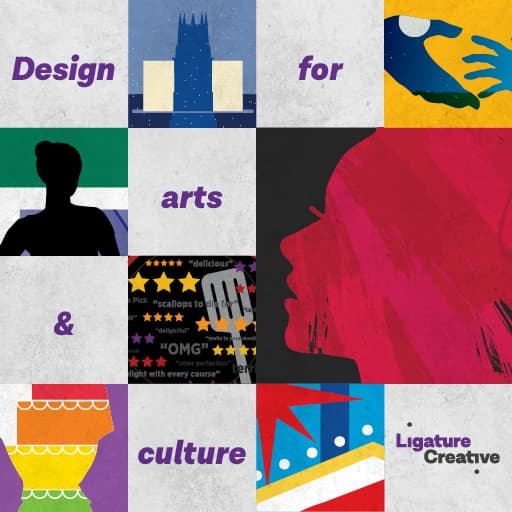 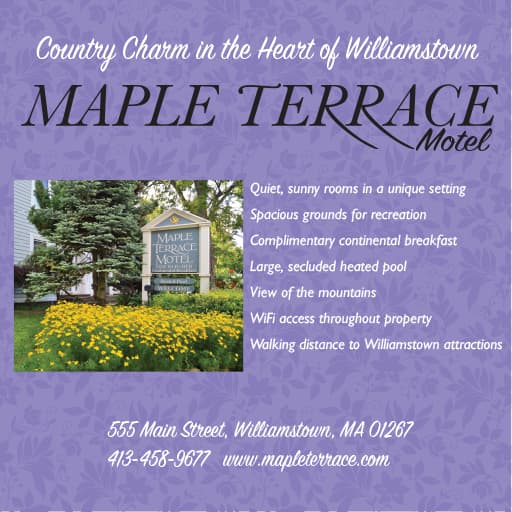 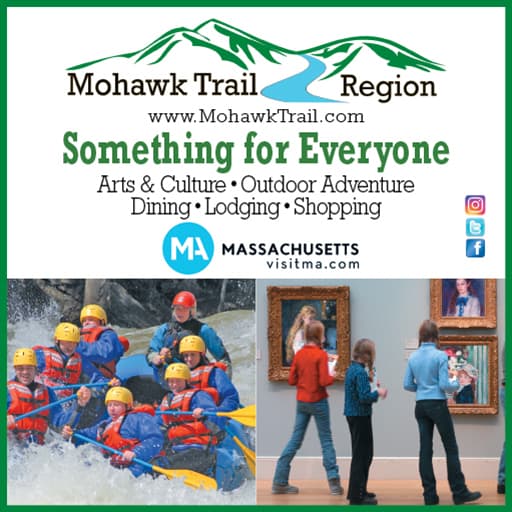 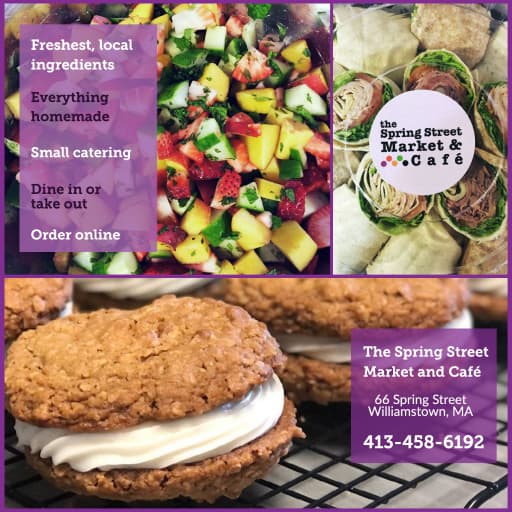 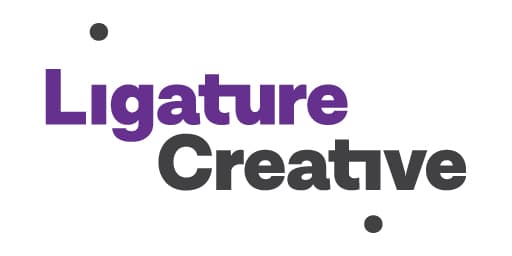